skip to main | skip to sidebar

Need something chic to wear to that festival? look no further than Ilse Jacobsen wellies and raincoats. Its taken a while but the style conscious are starting to ditch there trusty Hunters and opt for some lace up action. Cant say I blame them. I love mine. Ilse Jacobsen wellies have been spotted on Alexa Chung and Gwyneth Paltrow and yesterday got a big up by style maven Justine Picardie in The Sunday Telegraph ( Stella). Check out the below 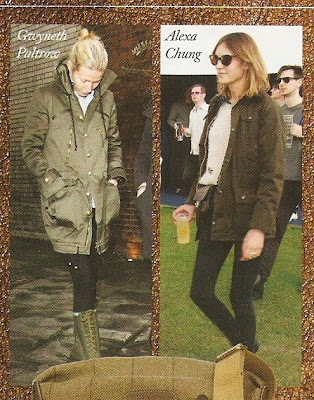 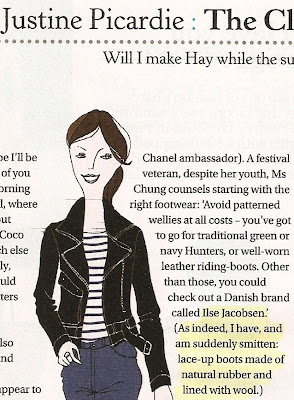 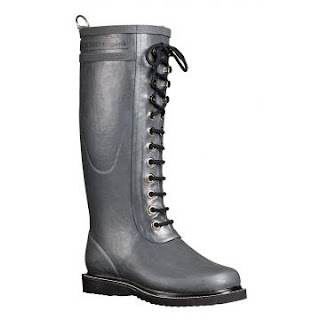 It was that time in Spring again for galleries night..nice turn out so to speak and some rather good stuff on show! First up is Coombe Gallery `s solo show for James Stewart.  Owner Mark Riley showed his nifty visual merchandising skills by suspending chairs in the window! 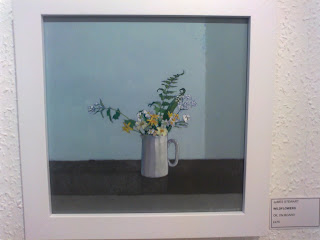 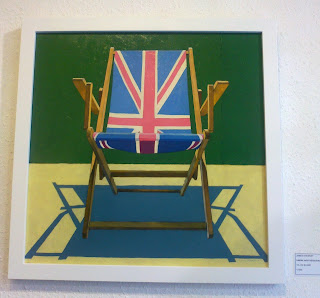 Over at Ainscough Caroline Bailey showed bright and beautiful canvases depicting Dartmouth and the surrounding area. 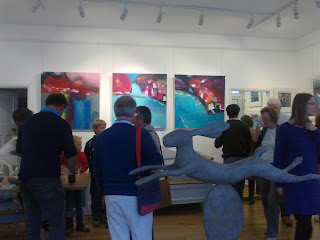 I even found time to go and see my friend Jackie who owns Blown with her husband Nick the glass blower. Nick manages to blow glass when he isn't leading my father astray down the New Inn at Morleigh or dragging him out on drunken fishing trips. I walked away  with a beautiful pink paperweight hand blown and signed by Mr Orsler himself. 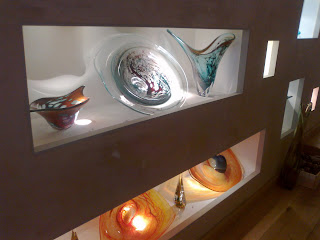 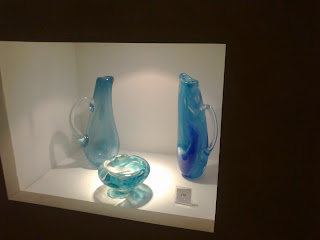 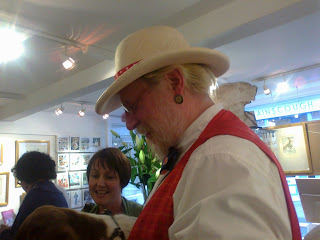 As per usual Ive been meaning to update you with news of a lovely shop I found on the Ile de Re called Marie & Benoit - an oasis of cool amongst its slightly too glitzy neighbours. The shop was a hub of vintage military clothing and ancient sailor kits ( old Breton sweaters, linen rucksacks and White plimsolls)  all beautifully displayed in zinc cabinets and on top of old work benches. Amongst the vintage pieces were chic upholstered sofas in dark linen, peeling antique mirrors and imposing sideboards.The formula was so simple and so effective it almost had me craving to go into menswear. If you ever find yourself on the Ile de Re I recommend you pay the store a visit. 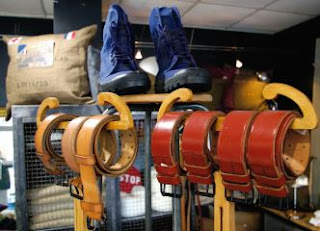 Other highlights of the island included a still to be cranked up carousel in Ars en Re -  tiny but still magnificent in its faded glamour and a faintly evocative church alight with rather cool and kitsch Madonna and child tea lights. 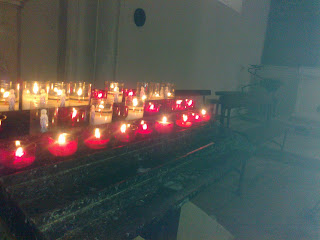 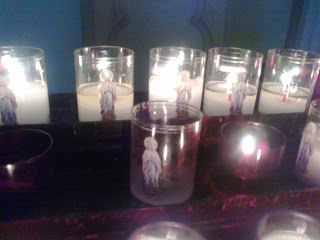 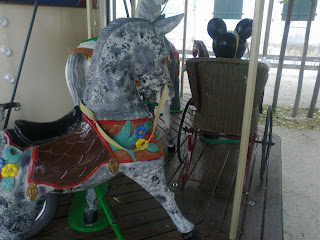 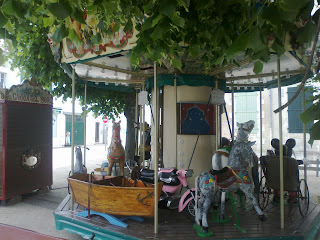 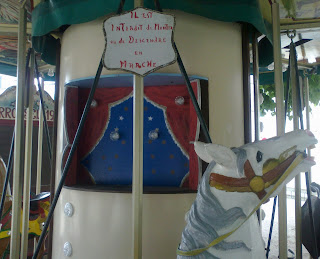 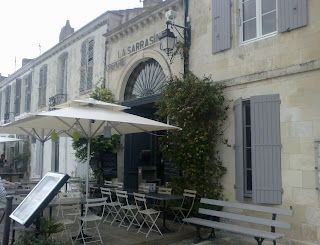 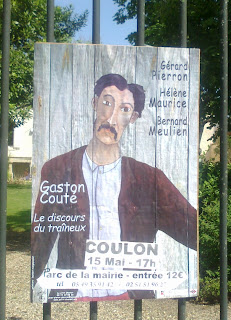 In hindsight it was amazing that I ever made it onto the island as my Flybe ( toy town) plane performed an emergency stop on the runway at La Rochelle, causing me to turn the air blue (much to the dismay of the congregation of nuns 5 rows in front) and sending one woman`s water bottle careering down the aisle at 120mph. If it wasn't for the lighting reflexes of the fitness instructor in 6B it would of ended up in the cockpit and god knows what would of happened. Nerves where further rattled by the devastatingly attractive passport control man who reduced the women in the queue to giggling wrecks and left me wondering what on earth I would have to do to get frisked in a side room. I don't know if it is just me or are the officials in France so much more attractive and better dressed than in England? Female airport staff prowled across the tarmac with killer calf muscles and nippy suits, two policemen lounged outside causally smoking in slim fit navy trousers adorned with red stripes reminiscent of a pair I had from Joseph in the early 1990`s.

I think I will forever love the sweeping cape of the policeman captured in Paris by Robert Doisneau. On the subject of capes look out for the olive green wool version I have coming in from Pyrus for A/W 11. Its magnificent.

Email ThisBlogThis!Share to TwitterShare to FacebookShare to Pinterest
Labels: Ile de Re

Exciting stuff !Starburst appears in this months issue of Devon Life, please show your support by rushing to your nearest newsagents and buying a copy. A massive thank you to the ravishing Alex who wrote the feature. 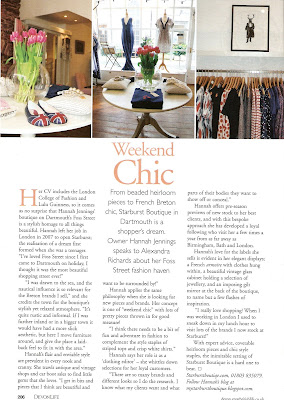 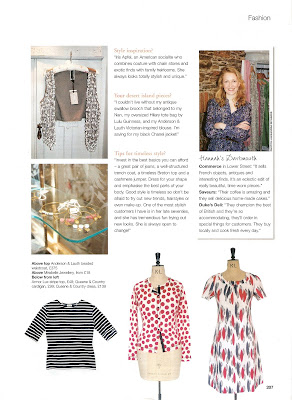 To those of you out there who do follow me I must apologise for my absence..I`ve just got back from a blissful stint in France..more of that later. Fist things First - look at these lovely new Victoria Plimsolls which have turned up in white and old rose. 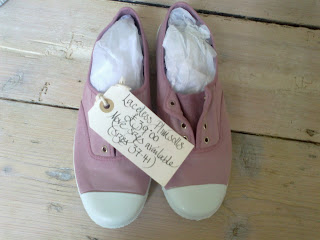 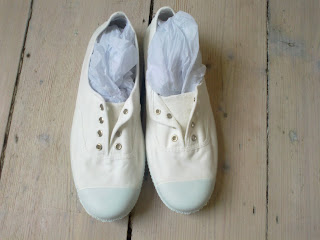 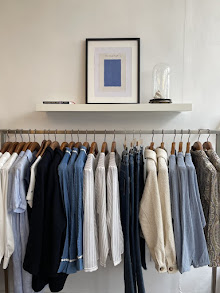 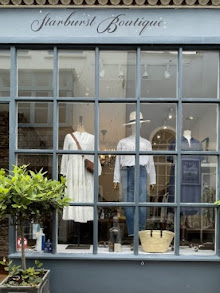 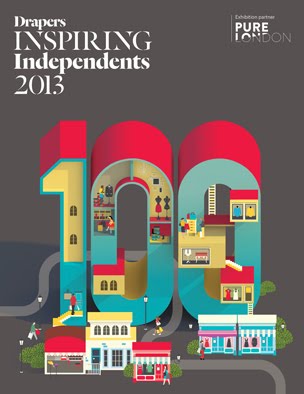 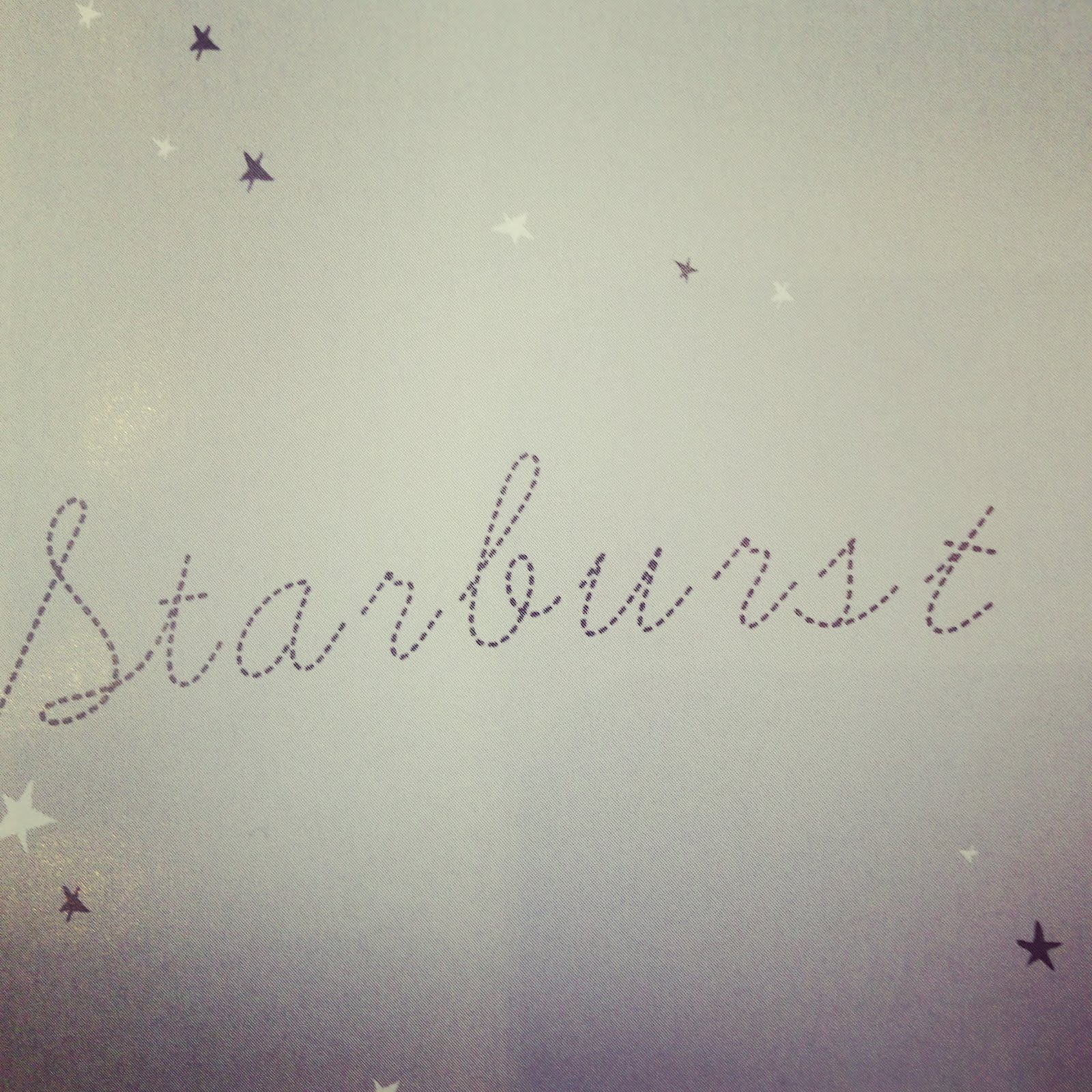